April 11th 1995, Sonya and her friend went down to the competition. Sonya signed the list and was number 111 to perform. (Later Sonya found out that 1.1.1  is her POWERFUL Universal Number) Her friend actually gave her the money after she signed the list. Sonya's turn came and all she was thinking about was, "this cheap heifer really gave me $50.00'. Not knowing what she was going to say on stage, Sonya did 7-min of Impromptu material and received a standing ovation. Not knowing what the standing ovation meant, she soon found out the people enjoyed her performance,

Sonya yelled... 'What the hell ya'll standing up for?' Everybody laughed! The event coordinator at the time, Mr. Tom Finch, told Sonya she had to be an "amateur" to get in the competition. Sonya explained to him,  that was her 1st time ever on stage telling some damn jokes. Nobody really believed her. ​Long story short, Sonya actually made it to the finals. 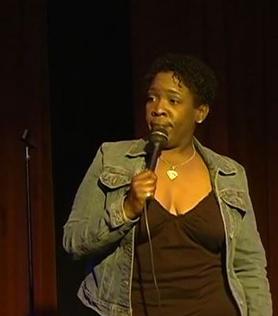 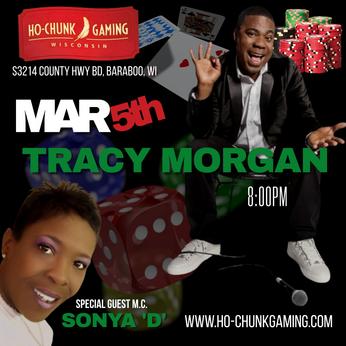 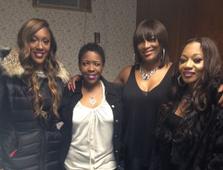 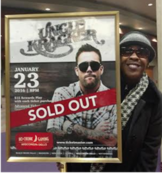 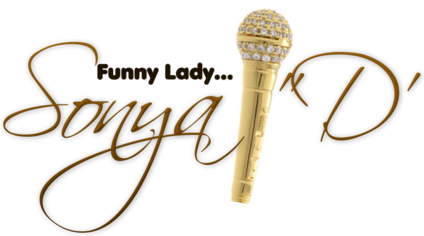 She signed the open mic list. Her name was called. She was told to do 10-min. After only 4-min, the host, George Wilbourn, ran to the stage and took the mic from Sonya. Sonya confused said, 'What? I didn't go over my time'. George said, "Sit down. You don't need to tell anymore jokes'. After Sonya left the stage, the man that made many comedians famous, stood up from the back of the club,

​MR. RUSSELL SIMMONShimself.  Russell Simmons had been sitting in the audience and no one knew he was there but the owner (Mary Lindsey) and the host. He was in Chicago scouting for the next line-up to film the New Season of Def Comedy Jam. He stood up and said...
'I've seen all that I needed to see tonight. I came to Chicago to take a few of you to New York to tape for Def Comedy Jam. I have 2 people I want to talk with and I also want that young lady that just left the stage with the blue jean Shirt. I REALLY NEED you to tape'. And of course that young lady was…"FUNNY LADY SONYA 'D'. 2 1/2 months later Sonya was in NEW YORK CITY. The Big Apple. Filming, Russell Simmons', HBO's Def Comedy Jam. The 1st of many TV Shows to come. It's been all up hill from there. 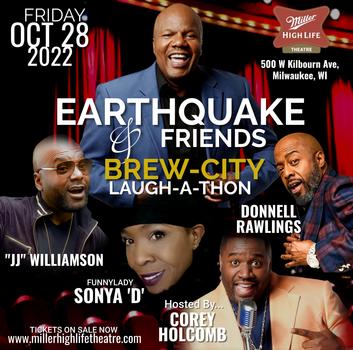 Sonya starting going to the HOT SPOT where all of today's big name Chicago Comedians (And many other Celebrities today) got their start...ALL Jokes Aside Comedy Club. On September 4th 1995, Sonya's life was about to take a turn she was not prepared for.

Her best friend said... "I will give you $50.00 if you do it". Now, keep in mind, about a week before this conversation, Sonya  called her friend and asked her, if she was kidnapped and needed a $5.00 ransom, would she pay it?. Her friend told her..'Well you better get to know the kidnappers because you gon' be there awhile if you wait on me to give them that $5.00'. This is the cheapest woman in the world. To offer $50 WHOLE dollars, Sonya knew it was a sign from... THE HIGHER POWER! 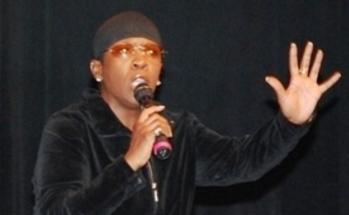 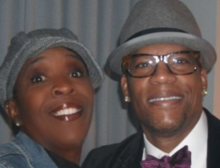 (yes..She has a CDL License) when her best friend called and told her there was a comedy competition at the Cotton Club,  once located on Wabash Ave, in Downtown Chicago. Sonya said.."So... and?. Her friend replied...

"I think you should get in it. Sonya said.."Girl, if you don't shut-up'. 'I'm not getting in no stupid comedy competition". "I don't even like most of the Comedians on TV.

Opened for Many Musical Artists: To name a few.. ​ S.W.V & Uncle Kracker